Heat butter and oil in large skillet, over MEDIUM heat.  Add beef and brown, breaking apart into crumbles as it cooks, about 5 minutes.  Transfer to colander to drain.

Add onion and bell pepper to same skillet and cook 2-3 minutes, until soft.  Add garlic and cook 30 seconds or so, until fragrant.  Add beef back to the skillet and add tomato paste.  Stir well.

Cook over MEDIUM heat for 10-15 minutes, until mixture has thickened to your liking.  Remove from heat and serve over toasted buns.

Remove phyllo dough package from freezer and place in the fridge for 24 hours to thaw. Remove from fridge 1 hour before using.

When working with the phyllo dough, only remove the sheets you immediately need, keeping the other sheets covered in plastic wrap, then a damp cloth.

Toss together the chopped walnuts and cinnamon. Set aside.

Preheat oven to 350 degrees. Thoroughly butter a rectangular baking pan. Make sure the sheets of phyllo will generally fit the pan (if they’re a little bigger, that’s okay.) If they’re much bigger, just trim them with a sharp knife.

Butter the top sheet of phyllo with melted butter, and then grab it and the unbuttered sheet below it. Set the two sheets in the pan, buttered sheet face down. Press lightly into the pan. Repeat this twice more, so that you have six sheets of phyllo in the pan, three of the sheets buttered.

Bake for 45 minutes until the baklava is golden brown.

While the baklava is baking, combine 1 stick of the butter, honey, water, sugar, and vanilla in a saucepan. Bring to a boil, reduce the heat to low.

When you remove the baklava from the oven, drizzle half the saucepan evenly all over the top. Allow it to sit and absorb for a minute, then drizzle on a little more until you think it’s thoroughly moistened.

Allow the baklava to cool, uncovered, for several hours. Once cool and sticky and divine, carefully remove them from the pan.

Whisk together 2 cups powdered sugar, 3 TBSP milk, ½ tsp vanilla extract, and a dash of table salt. Whisk in up to 1 tbsp milk, ½ tsp at a time until consistency is reached. makes 1½ cups.

Mix ingredients all together with spatula in bowl.  Mix until it is a sticky mass.  Add more milk if needed.

Scoop into a bowl of coconut and roll.  Place on a lined baking sheet.  Bake in a 350 degree oven 20 minutes until golden.  Let them cool completely before dipping into melted chocolate.  Allow chocolate harden before eating.

You can stick an almond in the middle of the cookie before baking if you want to copy a candy bar.

HOW TO MAKE HOMEMADE NUTELLA

1 teaspoon vanilla extract or paste from one vanilla bean

1. Preheat oven to 325º F. Place the hazelnuts in a single layer on a cookie sheet. Roast the hazelnuts for 10-15 minutes, watching very closely, you don’t want them to burn. Once they are ready, the skins will have darkened a bit and many will have come loose.

2. Add the nuts to the middle of a damp kitchen towel. Close the towel up and rub the nuts vigorously to loosen their skins. Take the nuts without their skins out of the towel and place into the bowl of the processor. Continue rubbing until you get the skins off the rest of the nuts.

3. Add all of the nuts to your food processor. Grind to a fine powder (2-10 minutes, or so), At this time, add the coconut oil. Continue processing until it becomes smooth and creamy, stopping to scrape down the sides of the bowl every minute or two. This may take 12-15 minutes (possibly longer) depending on the strength of your food processor.

4. At around 15-20 minutes once the hazelnut butter is ready, now you can add in the remaining ingredients slowly and keep processing and scraping down the bowl for another 5-10 minutes, or until silky smooth. Enjoy a big spoonful while it is warm.

Use rolled oats or corn meal for dusting loaves

In the bowl of a stand mixer fitted with a dough hook, stir together water, oil, molasses, and honey until mixed well.

Add cocoa, yeast, and salt, and stir until blended.

Stir in bread flour, one cup at a time, until dough clings to hook and almost clears the sides of mixer, about 3-4 minutes.

Allow dough to rise in the bowl until doubled, about 30-60 minutes.

Cover each piece with greased plastic wrap, and let dough rest for 5 minutes.

Shape pieces into loaves, and sprinkle with oats or corn meal.

Place each loaf in a greased loaf pans.

Toward the end of the rising time, preheat oven to 350 F. 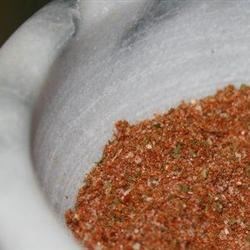 Mix cinnamon, nutmeg, allspice, and cardamom together in an airtight container.

Sometimes, we don’t have certain spices in our spice rack.  Most of us have the basic spices for everyday baking.  I found myself in this predicament when I attempted to bake a Carrot Cake recipe that used Pumpkin Spice in the recipe.  Here is the recipe to make your own Pumpkin Spice:

Put all spices in a zip lock bag and shake until combined.  Use as the pumpkin spice in your recipe.  Label the bag ‘Pumpkin Spice’ and store with your other spices.

1 (8 ounce) can crushed pineapple with juice

In a medium bowl, sift together flour, salt, soda and pumpkin pie spice. Set aside. In a separate bowl, combine coconut, walnuts and raisins. Set aside.  If you don’t have raisins, you can use chopped dates.

In a large bowl, combine sugar, pineapple with juice, oil and applesauce. Beat on high speed for 3 minutes. Beat in eggs one at a time. Add vanilla and carrots.

Put batter into 10 inch greased and floured cake pans.  Bake at 350 degrees F until toothpick inserted into center of cake comes out clean. Cool in pan on wire rack. Invert onto serving plate.  After the cakes are cool, frost, and refrigerate one hour.

This is one of my Mother’s Weight Watcher Recipes that she used to make when she was following the diet with exchanges.  This version doesn’t use cool whip, marshmallows or nuts.  If you would rather use those ingredients, just substitute the yogurt for the cool whip, add 1/2 cup small marshmallows and 1/2 cup chopped walnuts to the recipe.

Pour all of the ingredients into a bowl and use a spoon to toss and mix until incorporated.  Cover with wrap and chill.  8 Servings.

Recipes Listed on this Blog