I made these delicious bites of heaven!  The graham cracker recipe is something you can make alone just to have some homemade on hand.  They are better than the ones you buy at the store.  The marshmallow recipe is different than the one I made before and turns out so good.  These are easy to make and a joy to eat.  I used a biscuit cutter to cut out the graham crackers and used a pastry bag to pipe the marshmallow mixture on the parchment paper dusted with the confectioner sugar and corn starch mixture.  I had a few cookies left and made some of these into mini moon pies.

1cup cold water, divided in half

Combine the gelatin and half the water in the bowl of a stand mixer.

In a small, heavy bottom saucepan combine the granulated sugar, syrup, salt, and remaining 1/2 cup of water. Cover and let cook over medium high heat for around 4 minutes. Uncover and continue to cook for another 6 to 7minutes, or until the mixture begins to vigorously bubble and rise in the pan. (If you have a candy thermometer, clip it to the side when you uncover the pan and cook the mixture to 240° F.) Immediately remove from heat.

Attach the whisk attachment to your mixer and turn on low speed. Slowly pour the hot sugar syrup down the side of the mixing bowl into the gelatin mixture. Once you’ve added all the syrup, increase the speed to high and whip until the mixture is lukewarm, approximately 12 to 15 minutes. (If you haven’t cooked the sugar to exactly 240° F this may take a few minutes longer. You can tell that it’s cool enough of the fluff doesn’t easily slip away from the whisk when the mixer head is lifted.) Add the vanilla extract in the last minute of whipping.

While the mixture is whipping, combine the confectioner’s sugar and cornstarch in a bowl. Lightly grease a 9- x 13-inch baking pan, add the sugar-cornstarch mixture to the pan, and shake it all around to coat the pan, return the excess to the bowl.

When the marshmallow mixture is ready, pour it into the prepared pan, using a lightly oiled spatula to smooth it out. Dust the top with some of the remaining sugar-cornstarch mixture and let to marshmallows sit uncovered for at least 4 hours, or overnight.

Once set, cut the marshmallows into 1 1/2-inch squares. (If you won’t be using them right away, toss them in the remaining sugar-cornstarch mixture and store them in an airtight container.)

Whisk together the flours, baking soda, salt, and spices.

Cream together butter, sugar, and honey, then beat in vanilla. Alternate beating in milk and flour mixture until everything is combined.

Line two baking sheets with parchment. Roll dough out on a lightly floured surface to 1/4 inch thick, and then cut into 1 1/2-inch squares. Transfer squares to the baking sheet, leaving an inch of space between each. Poke several holes in each one to keep them from puffing up too much during baking. Place the crackers in the fridge to chill for at least 30 minutes.

Remove the pans from the oven and set on cooling racks. Immediately place a marshmallow on top of each cracker. (The heat from the crackers will melt the marshmallow slightly and bind the two together.) Let cool completely.

Melt chocolate in a double boiler until smooth. One by one, dip each marshmallow-topped cracker in the chocolate, making sure to coat all sides. Use a fork to remove the Mallomars, allowing any excess chocolate to drip off, and place cracker side-down on a piece of wax paper. Let cool until chocolate has set.

For the marshmallow center:

For the chocolate Coating:

In a medium mixing bowl, cream butter, brown sugar, syrup, and vanilla until mixture is fluffy, about 1 minute.

With the mixer on low, gradually add the dry ingredients to the wet ingredients until dry ingredients are thoroughly incorporated. In a slow, steady stream, add the milk. Continue to mix until the dough comes together and leave the side of the bowl.

Turn dough out onto a large sheet of plastic wrap. Flatten with the palm of your hand. Wrap the edges of the plastic wrap around the dough. Refrigerate for up to1 hour.

Turn chilled dough out onto a lightly floured work surface. You may need to let the dough sit at room temperature for 5-10 minutes to make it easier to work with. Roll the dough until it is ¼ inch thick. Cut out cookies using a 3-inch round cookie cutter. Place cookies on a prepared cookie sheet.

Once your cookies have cooled, spoon approximately ¼ cup of marshmallow crème into the center of 12 cookies. Top marshmallow with a second cookie, then gently press down until the marshmallow just touches the edge. Place sandwiches on a cookie sheet and chill for at least 15 minutes.

In the meantime, melt the chocolate in a double boiler or in a heatproof bowl set over a small pan of boiling water. Once the chocolate has melted, remove pan from the heat and allow the chocolate to cool until it is still warm to the touch, but not longer hot. Slowly whisk in the oil. 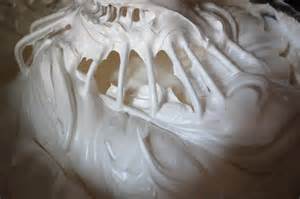 1 – 1 1/2 Tablespoons vanilla extract, to taste, or other flavoring

Beat on high speed for at least 10 minutes until the mixture gets large and fluffy.

Add 2 cups of powdered sugar and beat on low until just blended. Taste the mixture and decide how much powdered sugar, if any, to add.

Add vanilla extract or other flavoring to taste.

Store in an airtight container in the refrigerator.

Recipes Listed on this Blog